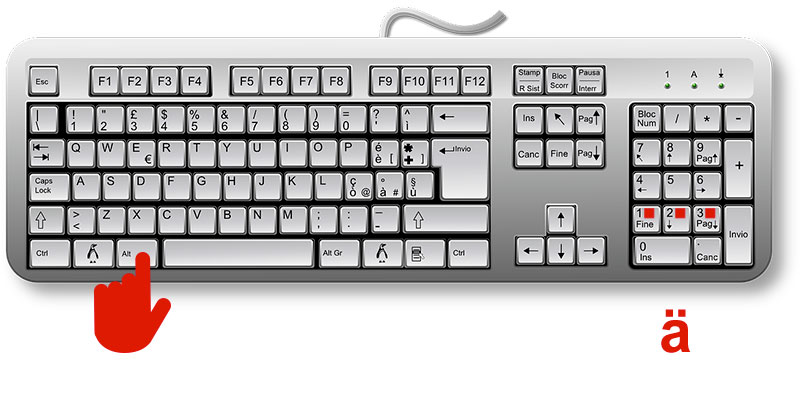 Note that it's not necessary to load any extra packages to typeset the accented characters considered in this example.

How to do quick search on mac

This package uses 8-bit encoding that has glyphs covering the letter you mentioned and much more. I don't know if this will apply here, but in my case, I use Zotero to produce my bib file. I had trouble exporting it with accents and I didn't want to go through all the articles to write the accents as proposed in the answer.

Now I can add new articles and export them without a problem! I used Mendeley as my. Listen now. Home Questions Tags Users Unanswered. Ask Question. Asked 7 years, 5 months ago. Active 5 months ago. Viewed k times. Laura Laura 2, 7 7 gold badges 21 21 silver badges 25 25 bronze badges. Jane I extended the scope of your good! We do this here occasionally to make questions "canonical".

There are two separate reasons for this requirement.


This may seem arbitrary and ill-informed from today's vantage point, but back when BibTeX was created more than 20 years ago the only relevant character encoding and sorting system was ASCII. Mico Mico k 33 33 gold badges silver badges bronze badges. I expanded the scope of the question, but as far as I can see, your answer covers it all already. Mico: Where would I find a comprehensive list of all character macros and their unicode equivalents?

Consider the following. Snicksie 1 1 silver badge 10 10 bronze badges. Dror Dror You may want to state a bit more prominently that this method requires the use of biblatex. The OP provided the tag "bibtex" rather than "biblatex", and hence it may be worth pointing out your method's requirement explicitly. Caramdir: Depends on the language, in Finnish, for example, it wouldn't be sorted that way.

SubhamoySengupta For XeLaTeX just encode the documents in utf8 and make sure you load fontspec so you get a font that has the accented characters, e. Billal Begueradj Billal Begueradj 2 2 silver badges 6 6 bronze badges.

The question is about the input, not the font. I agree, but when I tried the package mentioned in the other answer, it did not resolve my issue. This package did. Loading the fontenc and inputenc packages with suitably chosen options will help on the LaTeX side of things. However, it does nothing on the BibTeX side of things.

The current query is about how accented characters should be entered so that they'll get processed correctly by BibTeX; here, "processed correctly" includes sorting. If your document is written in English, this ordering would be deemed wrong because "Peter" should come after "Anna". Then back to the LaTeX, recompile and done. Welcome to TeX. I recently had an issue where I could not log into Gnome, I took it as an opportunity to reinstall Arch as I wanted to do a fresh install anyway, but have since found out from the podcast Linux Action Show that the issue was very likely due to Infinality.

Just a heads up. I see it now and I was expecting this to be an issue with switching but I haven't really noticed it. Yeah definitely looks like it's Open Sans when viewed like that. I see the problems with "Applications" and "AppCenter", though. Maybe the problem is just with the particular font used. See the browser window on the right side of the screenshot.

It mentions "Apple", and it's rendered well there. In "Calendar", "ndar" has tighter spacing than "Cale". It looks really off to me. It definitely seems that Open Sans has weaker kerning than the other font used in the web browser in that screenshot. More disturbing is the LCD font smoothing being applied when on the Mac you can shut it off when using a Retina display.

Hydraulix on Jan 29, Looks kerning related. Rotareti on Jan 29, I'm very satisfied with Linux Mint 18 and Cinnamon. If you need a replacement for Alfred , you should have a look at Albert [0]. I use Albert in Linux Mint as a replacement for the Main menu. Exactly the reasons I can't stay switched. Too much drinking around. Millions of people get their work done with Linux every day and it works great and people love it - but it's not the Mac feeling or way. You have to learn to like Linux for what it is, even if it's not perfect.

You might miss a few features but it's easily ran on a variety of hardware these days and for the most part works great. Heck it wasn't even that bad back then with my Dell C and RedHat 7. I love Linux on servers. Easy to work with, easy to develop for, etc. But OSX is just much better for day to day task. Everything more or less "just works". For many Ubuntu users, the LTS release is the best choice. The base packages remain stable and supported. The Linux kernel is updated automatically every six months and the next update is scheduled for next week when Ubuntu I ran into bugs in the old so called stable packages that were fixed in newer versions.

If there was a way run it fast and reliably I'd switch in a heartbeat. Booting to Windows to generate the profiles would be acceptable. Last I checked, however, neither virtualization even with GPU passthrough nor Wine where quite there. Besides, with the tight release schedule that the Creative Cloud imposes, I don't think it ever will. If anyone is looking for an open source alternative to Pragmata Pro, I found Iosevka[1] to be a great replacement.

A bit surprised how seldom it's mentioned, to be honest. Can you explain to me the benefit of this compared to a traditional programming font like the Microsoft Consolas? It's more compact so makes better use of the space available. Subjectively it's pleasant to look at and if the software supports it there are ligatures to make code look better.

Thanks, will give it a try when back at work. Fabrizio has done an amazing job with Pragmata Pro though, so happy to support his efforts. My experience with elementary had a lot of the same warts. It looks nice and I want to like it but the packages are way too out of date, considering I was used to using Arch and OSX with Homebrew.

I just dont see why elementary cant just be a shell DE project instead of a full OS. Having said that, there are definitely some major issues. One of the most contentious is not having a minimize button by default. Their reasoning is 'well if you close one of our apps, it resumes state when you start it up again, which is effectively the same as minimizing'. Not only do their apps not reliably resume state, most other apps don't support this, and their response is 'well that sucks..

Another big one is multiple Window management: if I have 5 windows open of the same app and want to temporarily hide two of them, minimize accomplishes this easily. With Elementary, I have to pick which one I close last because that one will 'resume state'. Another baffling thing is them not using the 'global menu' in the menubar that Ubuntu and macOS have. The global menu is probably one of the main reasons people like macOS so much even though they don't realize it..

This is a problem with most distros though.. It's literally flipping a switch. They also do some funky stuff to the Ubuntu installer since installing The firmware and driver are there, so it should work doubly so because same base distro , but it simply doesn't.

I guess my point is that I don't see Elementary as doing anything that really requires an entire new OS. If they did enough special things it would be worth it.